Don’t get me wrong. I love a lot of the concise, reference-supported articles I find on RationalWiki, especially when it concerns pseudoscience such as the HHO/water-powered car. It’s a handy shortcut to refuting ridiculous things that aren’t scientifically accurate, and nothing makes me feel much more joy than when a bunch of Internet conspiracy theorists are told that they’re wrong and it really rustles their jimmies.

Sadly, rational thought and scientifically backed information dissemination are thrown out the window with a ferocity when you start looking up anything that touches the feminist agenda. Look up “feminism” on RationalWiki and you’ll immediately find weaselly, highly subjective statements that lean squarely in the favor of a radical feminist’s perverted perception of reality.  For example, the section entitled “Academic Criticism” begins the heading “Seeing rape everywhere” with these two sentences: “Feminists have in the past, and continue in the present to emphasize the importance of addressing modern rape culture. Something no one but the most aggressive MRA types think is a bad goal.” For one thing, there is no such thing as “rape culture,” as seen by the fact that I can drive for four hours and not only see no one being raped, but not even be exposed to anything that comes remotely close to mentioning rape….that is, unless we’re re-defining “rape” as feminists are constantly attempting to re-define it, where it effectively becomes “being a male near a female,” at which point the term “rape” would become irrelevant to most people and lose all of its power and importance. The other thing that’s quite ridiculous is the notion that “the most aggressive men’s rights activists think stopping (implied rape) is a bad idea” along with all of the notably absent supporting references attached to it. Hmm…

But wait! Let’s not jump to conclusions based solely on the fact that no substantive criticism of feminism exists in a criticism section of a feminism article on a “rational wiki!” Let’s see if the same treatment is given to articles that cover opposing viewpoints! Aha…we’ll look at the text for misandry, the antonym for the oft-used and heavily abused term “misogyny.” Uh-oh…it doesn’t look good at all, since there’s an entire SECTION of the article entitled “Concise explanation of why the concept is bullshit.” Let’s see what’s under this damning title…oh, here we are: “Sexism, like racism, is an institutional oppression on basis of sex.”

No, sexism isn’t institutional oppression on basis of sex; in fact, there’s nothing “institutional” about it. Wikipedia and Merriam-Webster agree: “sexism is prejudice or discrimination based on a person’s sex.” I don’t see anything institutional about that definition; do you? “Oh, but you’re ignoring OTHER DEFINITIONS!” the clever feminist might bleat, to which I respond with the other definition: “behavior, conditions, or attitudes that foster stereotypes of social roles based on sex.” Wait, that doesn’t support “institutional oppression” either, does it? D’awwww, call in the waaambulance because the astute feminist needs to fill out an Internet butthurt report form to squelch the horrible feeling of one’s religion being proven wrong in yet another increment. 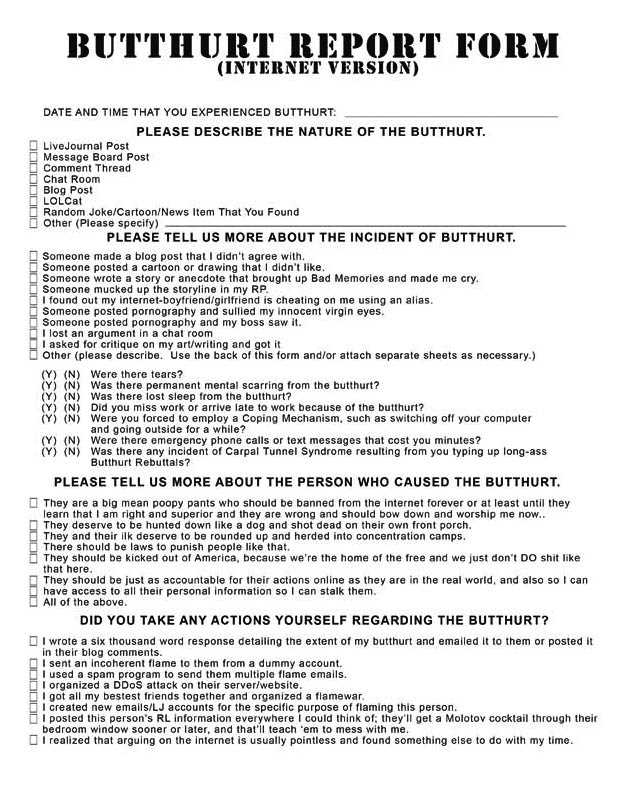 I could go on and on ad nauseam discussing why every facet of modern feminism is wrong, but that’s not the point of this post, and other people have said it far better than I have said it. I should also point out that while I’m disappointed at a lack thereof for the “Feminism” article, the “Men’s rights movement” article does make a valiant (and perhaps a little rational in some places) attempt at presenting some points and refuting them. Unfortunately, almost all of those points are misrepresented at least partially, and it’s quite clear that RationalWiki’s articles that involve any gender politics are effectively ruled by a feminist matriarchy; in other words: “no male-positive opinions allowed.”

The bottom line is that RationalWiki is mostly rational on most topics, but they’ve chugged the Feminazi™ Kool-Aid and you simply can’t trust them to be “rational” in any concept that might be “explained” by feminist pseudoscience. RationalWiki people, if you’re reading this, take the time to correct this egregious mistake. I’d rather not have people leaving the so-called “RationalWiki” and saying pure bullshit like this:

“Mothers who breastfeed boy babies need to stop. We need to empower more females in this world and by breastfeeding them we are giving them a good start in life which they deserve over a baby boy [sic] which are already physically stronger than baby girls. I have feminist views and I am not ashamed to admit that. No baby boy will ever be fed from my breasts if I am unfortunate enough to have a son. Formula for him and circumcision to take away sexual pleasure from him when he grows up.”

7 thoughts on “RationalWiki universally pushes radical feminist dogma, which isn’t “rational” at all”