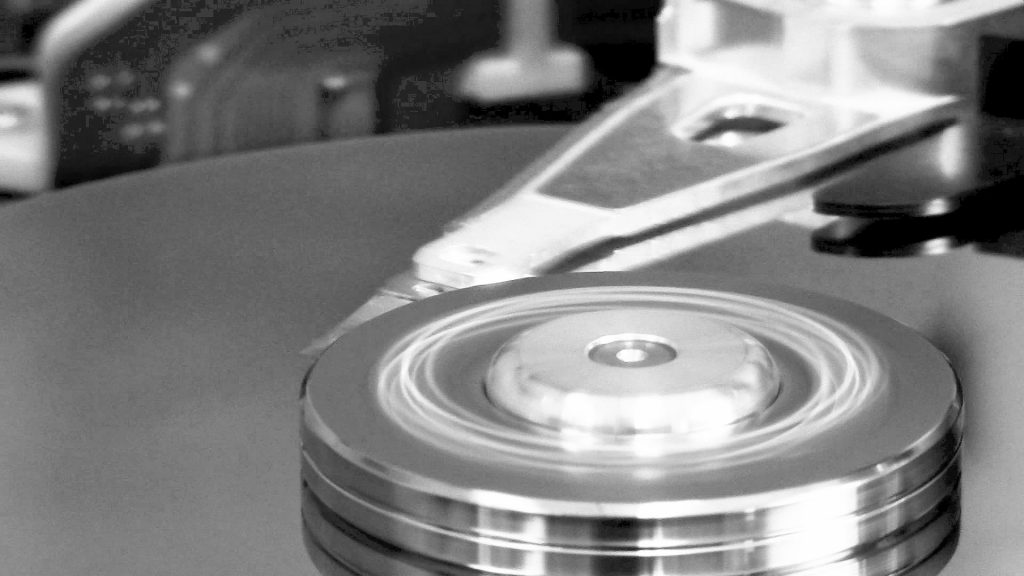 The advice to not use a hard drive from eBay is not the best advice. You should fully wipe the drive (a zero fill will do) and then install a new OS on it. The old data will be 100% unrecoverable and you won’t unnecessarily destroy a perfectly good piece of equipment. Please don’t advocate for this kind of wasteful drive destruction.

Yes, a zero fill is more than enough. The “DoD secure wipe” was designed for hard drives from the 80s and early 90s that used FM/MFM/RLL data modulation. Today, drives use [E]PRML and other advanced techniques instead.

Yes, Peter Guttmann wrote a paper about recovering data from hard drives that said you could easily do so, but that was in the era of widespread MFM/RLL drives, and Guttmann himself later walked back his recommendations:

“In the time since this paper was published, some people have treated the 35-pass overwrite technique described in it more as a kind of voodoo incantation to banish evil spirits than the result of a technical analysis of drive encoding techniques. As a result, they advocate applying the voodoo to PRML and EPRML drives even though it will have no more effect than a simple scrubbing with random data. In fact performing the full 35-pass overwrite is pointless for any drive since it targets a blend of scenarios involving all types of (normally-used) encoding technology, which covers everything back to 30+-year-old MFM methods (if you don’t understand that statement, re-read the paper). If you’re using a drive which uses encoding technology X, you only need to perform the passes specific to X, and you never need to perform all 35 passes. For any modern PRML/EPRML drive, a few passes of random scrubbing is the best you can do. As the paper says, “A good scrubbing with random data will do about as well as can be expected”. This was true in 1996, and is still true now.”

“PRML uses a different approach to improving storage density. To permit greater data density, recorded data amplitude is reduced and bits are packed together more closely. The digital signal is then recovered using digital signal processing techniques on the analog data stream from the drive. PRML achieves a 30-40% improvement in storage density over RLL modulation without PRML. EPRML modifies the algorithms used in PRML to achieve additional improvements claimed to be 20-70%.”

The extremely low magnetic amplitude in [E]PRML modulation puts the analog data signal on the platter so close to the noise floor that a DSP is required to apply filters to the noise to recover the data signal. A simple zero fill will push the previous (very weak) signal firmly back into the noise floor. Snatching data from an MFM drive using a scanning tunneling electron microscope relied on the strong amplitude of the data writes being “messy,” as in the magnetic domains of previous writes (sometimes multiple layers of them) would still be detectable “around” the current writes because so much of the surface was influenced by the previous writes that unnecessary “leakage” of the magnetic domains would occur, and subsequent writes wouldn’t necessarily be able to “reach” all of the affected areas.

PRML techniques massively boost data density; doing so makes the margins in which you’d locate this “leaked” data so tight that there isn’t much room for it to exist in the first place, but on top of that, the strength of the write is an order of magnitude weaker. It’s frankly a miracle of modern science that the data so close to the noise floor and with such an insanely tiny amount of surface area can be read back at all. One simple overwrite pass will destroy the data beyond even the abilities of any given three-letter agency to get it back.

So, in short, a one-pass zero-fill of the drive is enough to “sanitize” the data therein. Please don’t throw away or destroy hard drives just because someone else used them before, and if you’re selling a computer, just wipe the drive completely and your now-destroyed data is perfectly safe from prying eyes.

Massive flooding in eastern Asia has caused hard drive prices to increase by a whopping 50 percent.  As one comment in the linked article notes, the potential supply chain disruption factor is rarely ever factored into the process of pushing jobs and manufacturing overseas.  If you want another argument for why putting all of our manufacturing eggs (or indeed, any form of industry we rely on) in one overseas basket, this is it.

500GB SATA hard drives that once cost as little as $50 at retail have now jumped to $80-$90 or higher.  2TB green drives, which have been notoriously cheap around $70-$85, have exceeded the $100 mark.  That means that, excluding major computer manufacturers who have tens of thousands of hard drives stuffed in warehouses and can wait out the temporary jump in prices, everyone can look forward to paying at least $30 more per hard drive until the factories dry out.

Would we have the same disastrous price increases if manufacturers had at least a minimal secondary factory here in the United States, or at least in North America?  I doubt it.  While the units would cost more to manufacture here, and all prices in general would have to be increased to make up for it, the lower risk of supply chain disruption would be arguably worth the slight increase.

I’m reminded of the Japan flooding which disrupted flash memory manufacturing, since the vast majority of the world’s flash memory chips are made in Japan.  Here again, we had a situation in which natural disasters temporarily shut down an industry that the modern world of technology relies on heavily.  Again, the answer seems to be to stick some factories somewhere less prone to quakes, tsunamis, and flooding.

Then again, what do I know?  I’m just a guy quoting computer builds to customers and having to explain why it’s $50 higher than it would have been last Friday.  Maybe I’m clueless about how huge manufacturing businesses work, but then again, I feel like a lot of this is common sense.  How many more things have to flood or collapse in Asia before our major manufacturers start hedging their bets?