Please consider supporting me on SubscribeStar so I can continue to bring open source software and tutorial videos to you!

Over the past weekend, I implemented a feature in jdupes that was pretty strongly desired by the user community. Version 1.16.0 has the ability to filter by file extensions, either by excluding files with certain extensions or only scanning files with certain extensions. Now you can do things like scan only the JPEG files you dumped from your phone while ignoring all of the videos, scan a software project folder’s .c and .h files for duplicates while ignoring all of the others, or find all duplicates except for XML files.

The extended filters are also cumulative, so specifying multiple filter options works as expected; for example, “jdupes -X noext=mp3 -X noext=aac -X size+=:1M” will exclude all files from consideration that end in .mp3/.aac as well as all files that are 1MiB or larger in size.

Unfortunately, there is not currently a way to combine filters, i.e. exclude all files with a particular extension over a particular size. That may be a feature in the future, but right now, I’m trying to add some basic filter functionality that satisfies as many basic filtering use cases as possible with as little work as possible. In the case of the extension filter, it took me about 3-4 hours to code, test, and fix issues with the feature, then issue a new release. It was relatively easy to implement, and even includes the ability to scan a comma-separated list of extensions rather than requiring a separate option for every single extension you want to filter.

Other features that filter on file paths will be more difficult to implement, but are highly desired by the community, so I have plans to implement those soon. The next fix, however, will be for the problematic BTRFS/XFS dedupe support that can’t dedupe (ioctl_fideduperange) large file sets properly.

Thanks as always for your continued support. More support means more time to work on my projects! I appreciate all of your help. 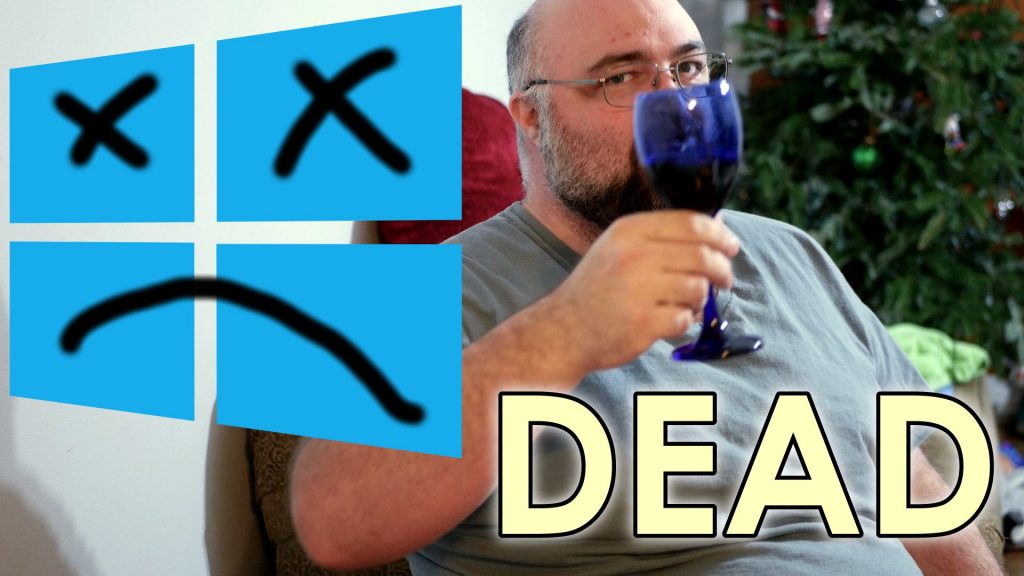 They CAN offer a consistent Windows, they just choose not to. Windows 10 is a support nightmare. How to accomplish something (and whether or not it is even possible to do so anymore) depends on what build the person is on, which means to support Windows 10 requires being familiar with all possible builds that one could encounter. That means knowing all the “settings shuffles” and control panel neutering of Windows 10 builds 1507, 1511, 1607, 1703, 1709, 1803, and soon build 1809 as well. In each build, Microsoft strips out Control Panel functionality and forces it over to the Settings panel, but they are notorious for killing off Control Panel stuff despite the Settings equivalents omitting important settings or capabilities. It used to be that you could change a network from “public” to “private” using Network Connections in the Control Panel, but that was lost and HomeGroup was the only place to easily find a “switch” for that setting. Then they killed off HomeGroup functionality. In Windows 10 build 1709, to change a network from Public to Private after the pop-out prompt when you first connect is gone, you have to HAND-EDIT THE REGISTRY SETTING FOR THE PUBLIC/PRIVATE STATUS OF THAT NETWORK.

When they worked on killing off Default Programs, they made it redirect to Default Apps which doesn’t let you pick a single program and one-click associate ALL file types it can handle with that program; there was a workaround where one could run a batch file that invoked the old Default Programs panel, but now that’s also going to just redirect to the Default Apps panel which STILL CANNOT ONE-CLICK ASSOCIATE ALL FILE TYPES.

I don’t buy excuses like “we support lots of different hardware.” That’s a cop-out. Touchscreens were in use long before Windows 10. Also, Microsoft DOES NOT listen to the vast majority of user feedback. I have repeatedly reported many serious problems using their feedback mechanism and those problems persist today.

(Another user asked: “What support scenario do you work in?”)

The specific problem I’ve had is with control panel items being removed from Control Panel when a Settings panel that replaces it hasn’t picked up all of those settings yet, or is lacking in functionality. The biggest thing that kills me is Default Programs: in the old one, I could pick a program and associate ALL types that program supports with that one program, but in the new one I have to click each individual type under the program’s name and click the program in the list that pops out. For media players this would be a disaster; MPC-HC supports over 100 file extensions, for example, and I used to be able to associate all 100+ of those with two clicks. Now it’s more like 250 clicks if I want to do the same thing. In the first build where they removed that control panel, I could still run a long esoteric command to bypass the redirection to Settings and get the old panel back up, but then they made the panel itself redirect to Settings as well and I’m stuck.

That’s mostly an issue for me when I’m doing Windows installations or installing a particular set of programs, but there were some builds of Windows 10 where they took away the HomeGroup functionality (which I don’t use anyway) when that panel was also the only clear way in the GUI to switch a network that was Public to be Private instead. Until they added the setting back recently, I had a lot of customer computers where the ONLY way to switch the network mode was to edit the registry, and it couldn’t be done with some simple trick like a .reg file either, so it was always a manual registry edit. I also had several business customers get the Windows 10 1703 update and it switched ALL their networks to be Public automatically without prompting anyone, causing their computers to be unable to share printers and files and causing a panic on payroll day

I deal with normal people. I have to support those normal people. In Windows 7, I knew where everything was. I could easily talk to the user and tell them what to click. If I couldn’t remember, I’d follow along on my own machine. With Windows 10, fundamental stuff like the control panels change in every new “feature update” and there’s no guarantee that different users and myself will all be on the same build, so I can’t even follow along on my machine anymore; their network settings panel might look very different from my own because they got a new build and I’m still on an older one. It’s an absolute nightmare to do any sort of phone support for Win10. I often have to do a remote or have them bring it in, and the internet around here is absolutely abysmal because CenturyLink takes $500M a year from the Feds to expand rural broadband but only spend it to compete with areas that a competitor starts serving, and they control all the phone lines in the area.